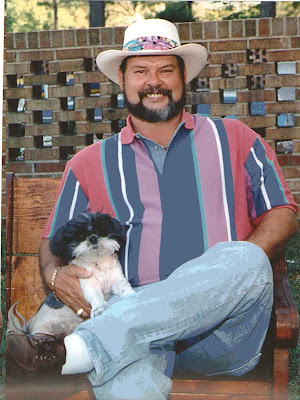 I don’t think we ever stop thinking about or loving people that have passed away before us. I think the pain of losing them subsides over time, but our love for them stays the same.

The last couple of years have been some of the most difficult years that our nation has ever faced. The economy has been terrible, people are struggling just to make ends meet, and we have had multiple devastating weather events all across the country. I watched a lot of TV on September 11th and it is still difficult to imagine that such a tragedy ever happened.

As many of you know, I have been traveling a lot this year with a new job. I am installing a software for Liberty Tire Recycling and I work for Thomas Womble. I have enjoyed getting to see a lot of this great nation we live in. I have been to Salt Lake City, Orlando, Port St. Lucie, Minneapolis, Buffalo, Lockport, Atlanta, Miami, Palm Beach, and multiple cities in between. I have even been into parts of Canada several times. Although I like my job and appreciate the opportunity, it’s still hard to be gone from home so much. Most of you that know my family know that driving to Sanford and leaving Harnett County for much of my life was considered a “trip”.

A lot of people hear about what I’m doing and think that it sounds glamorous and exciting. Well, it is nice getting to travel and see places, but it’s not glamorous unless you are on vacation. My days consist of me being at the plants and helping everyone learn the software. I have been really appreciative as to how nice everyone has been to me. I have truly met some nice people. Sometimes I eat lunch and dinner with people from the plant. But at night, when you are sitting in a strange hotel, in a city you are not familiar with and watching TV by yourself, it becomes a lot less glamorous.

I am a lot more sympathetic now of people that travel a lot in their occupation. You would not believe how much you get homesick and miss seeing everyone on a daily basis. But at the same time, I always remember to count my blessings and be grateful. I often think about what everyone back home is doing, where they are eating that night, and what is going on back home. As ridiculous as this sounds, I go on WRAL almost every day and check the weather for the week. I have no idea why, I just do. If I hear about storms in NC, I will go to WRAL and look at Doppler 5000 to make sure the storms are not where people I care about are located. I know it has been tough for Maria with me being gone so much, especially since we have a dog named “Charlie” that has to go outside 50 times a day! And when I leave, poor little Charlie don’t know if I am going outside for a minute, if I’m going somewhere for a few hours, or if he is not going to see me for 5 days! Its good too that I have a neighbor named "Art" that is retired from the Navy and he guards my house! He and his wife Elaine are also kind enough to take Charlie "out" a lot of times.

Another thing I do a lot while I travel is think about my father. Deddy passed away on September 13th, 2000. He certainly had times in his life when things were difficult, but he always worked hard to overcome any adversities that got in the way. I miss a lot of things about deddy, but the thing I miss the most is just sitting down and talking to him. He just had an easy way of talking about things. I can’t tell you how many times over the last 11 years that I would have given anything to have just asked him for advice. I read a book recently called “Heaven is For Real” about a little boy that died and went to Heaven. He met people in Heaven that he did not know about and had never met in his lifetime. He also explains that he had conversations with Jesus. It is a very compelling book to read. I often wonder what deddy can see or if he can see anything from Heaven. If he can see things, he’ll know that I always behave and Travis never does. He actually got to see that before he passed away. I can remember his voice in my head like it was yesterday. Every time I think he ever called me on the phone he would say, “Robbie, this is your deddy”, like I did not know that immediately.

I had an appendectomy when I was in college. The night before, I had called home and told them I was in pain but I did not feel that bad. So, Mama called me about 50 times and I finally convinced them that I was OK. During the night, I got really sick several times and at the crack of dawn, Mama called me:

Mama: Robbie, how you feel?
Me: Not too good?
Mama: You going to class?
Me: Not today
Mama: OK, I’ll check on you later.

Me: Hello?
Deddy: Robbie, this is your deddy, we’re on the way

Then he hung up. No arguing, no “how do you feel?”, just “We’re on the way”. Its hard to believe that during that time, we never even locked our doors in the dorm. But an hour later, Mama and Deddy walked in without knocking and the story continues. Mama pointed at my roommate Brandon and said, “Bob, LOOK, Brandon’s hair don’t mess up while he sleeps! That is amazing!”…..and deddy said, “Yeah, he’s got that kind of hair…...the kind that grows on a hog's ass!” Then they both proceeded to laugh AT Brandon and not WITH him! But my roommate knew how they were and he just laughed. That evening, I was having my appendix removed.

Deddy had a good nature about him that allowed him to say things to people that would have probably been offensive coming from anyone else. But Deddy was really tender-hearted and he would never want to hurt someone’s feelings and I think everyone knew that. I also know that today a lot of people are thinking about him. Just like clockwork, I have talked to Maria this morning and Jason early today. I know Mama, Travis, his brothers, his Mama, and the rest of our family think about Deddy today. I don’t know if I’ll ever understand why his life had to end the way it did, but you know, there are a lot of people who have passed away early in life. I always remember that Jesus was only in his early 30’s when he died. I don’t think a person’s life is measured by how many years they were here, but what they did in the time they were. As I travel this country from city to city, no matter where I am in this world on September 13th, I will always remember and appreciate everything deddy did for me. I think there are a lot of people that probably feel the same way.
Posted by K-Rob at 1:35 PM No comments: