Three Things Will Carry On Forever 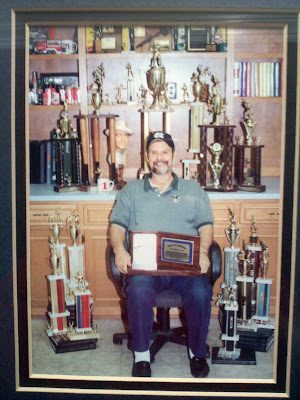 There are not a lot of things in this world that I hate, but I do hate cancer. It is the one thing in this world that I hate the most. I would include how I really feel, but I do not want to scare some of the people that may read this article. It has no friends, it does nothing good for anyone, and only causes pain and suffering for millions of people every day, all the time, nonstop. One of the best speeches that I’ve ever heard was by Jim Valvano. I think all of us that heard him make his last speech at the ESPYS will always remember him saying, “Cancer can take away all of my physical abilities. It cannot touch my mind, it cannot touch my heart and it cannot touch my soul. And those three things are going to carry on forever.”

I was talking with one of Deddy’s doctors at Johns Hopkins many years ago and we were discussing the conspiracy that there actually may be a cure for cancer but there is so much money involved with treating it, that the government will not allow the cure to be utilized. He was adamant that if he was aware of a cure, he would tell the world with great enthusiasm. He said that there would always be another disease for the medical profession to work on. We discussed the challenges with fighting cancer and that the problem is, unlike a virus, it is a mutation of cells. With a virus, you can put it in a petri dish and constantly search for medical ingredients to combat the virus. He indicated to me that the medical community is sure that certain habits make people more at risk for cancer. However, he felt like we will eventually discover that a combination of things we use every day, likely make us more prone to develop cancer.

I don’t know one person that has not been affected by cancer. My Papa Cameron died from it. My father died from it. My Mema Brafford had 7 of her 8 brothers and sisters to die from cancer. When I look back on my childhood, it honestly seems to me that one of her brothers or sisters were dying my whole life until they were all gone. My mother had a tough battle with it, but she is doing better every day. I’ve watched many family friends battle and pass away from this horrible disease.

Even though this is a dreaded disease, I don’t want to relent to the sadness that it causes. So let’s move forward. Cancer is one of the diseases that actually brings us closer together. With tragedy, there is often unity. When Deddy was sick, the support we received was incredible. It was the same way when Mama was going through treatment, surgery, and recovery. The calls, the cards, the emails, the notes of encouragement were overwhelming. I even talked to my own family a lot more. When you are going through a challenging situation, it’s a blessing to know people are praying for you every day. Nobody needs to fight this disease alone.

Our own community has several children and friends battling cancer right now. But we are all praying. You can see on Facebook how people are rallying around these families. During times like this, you often see the best attributes in people. That is one of the best characteristics of the area we live in. As the world continues to grow, we are fortunate to live in an area that still has a sense of community. You cannot imagine until it happens to you, how much encouragement it gives a family to feel the support of their community. It’s both humbling and overwhelming. We have two children in this area that are battling cancer right now, Drew Blalock and Lacy O'Quinn. I would encourage all of you to click on the link to their Facebook page and please keep their fundraiser in mind.  Prayers for Lacy and Drew

Today marks 16 years since Deddy passed away. I’ve honestly never gotten over his passing and I don’t believe I ever will. I know he’s in a better place. I know he is healed. But I still regret that he was not able to live a little longer. A few more ball games to watch, a few more westerns, a few more rounds of golf, and a lot more advice. Cancer gradually did take away his physical abilities. But it did not touch his mind, it did not touch his heart, and it did not touch his soul. And those are the three things that will carry on forever.
Posted by K-Rob at 5:45 PM 2 comments: