The First Day of the Rest of My Life 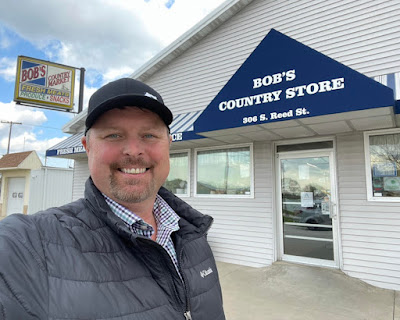 Today is just an ordinary day for most people.  Of course, some people are celebrating a birthday, an anniversary, or some other significant milestone in their life.  Many people got up today and went to work, or school, or had a cup of coffee as they enjoy retirement.  For most people, today has no real significance.  However, today means a lot more to me than that.

What a life I have had.  I’ve had highs that took me into the stratosphere, lows that I would like to forget, but most of the days of my life have been a normal routine of some sort.  I’ve achieved a number of things in my life.  I was a member of the 1991 Western Harnett Baseball team that won the triangle 3A conference championship for central North Carolina.  Without a doubt, this was the greatest high school baseball team that ever existed.  If you don’t believe me, just ask me.  High School was four really good years and gave me a solid foundation for the rest of my life.  I was elected Student Body President my senior year and I was always grateful that my fellow students elected me. My lifelong dream of going to UNC-Chapel Hill began in the fall of 1991.  I had to study HARD to get through. I pulled all-nighters like it was nothing.  I spent MANY nights in the library and study rooms pounding away in the books. In May of 1995, I graduated.  My entire family came to the graduation and it was a wonderful day.  I was not sure what I wanted to do for a career but I soon found myself selling real estate.  The first really successful project I worked on was a condo project in Raleigh.  In a 4-month stretch, I sold 36 condos and I was winning an award almost every month at the Triangle Sales and Marketing meeting.  I was talking to my father on a Monday during that time and he asked me, “Did you sell a condo this weekend?”   I responded, “I actually sold 6.”  He laughed and said, “Really, did you sell one?”   Again, I responded, “No, I really did sell 6.”  He was astonished but proud.

Not long after I had really gained some success selling real estate in the Raleigh market, we found out Deddy had cancer.  In an instant, my life changed.  I could not bear the thought of him not having a lot of help as he went through treatment and was still trying to keep his company going.  So, I came home and dedicated myself to helping him in every way I could. To be honest, I’m still handling things now that were left when he passed away.  I don’t regret that fact, because it has made me the person I am now.  After Deddy passed away, I not only sold real estate locally, but I started building houses. Honestly, I really enjoyed it.  I did that until the world ended for many of us home builders in 2008.  The two years that followed were almost impossible to survive.  But I did.  My greatest professional accomplishment was making it through that time period.  I had 8 houses under construction when the economy collapsed.  I actually still have 2 of them now!  Looking back, I don’t how I made it through and I don’t know how I didn’t have a nervous breakdown.  The truth is, during that time, there was one set of footprints in the sand, and the Lord carried me a really long way. I am overwhelmed with gratefulness when I consider that time of my life.

In 2010, I took a new job with Liberty Tire and that gave me very different opportunities.  I have traveled ALL OVER the United States.  I’ve seen some awesome places.  But when my primary job was selling tires, I also saw the worst of America.  I’ve been in some of the most beautiful places such as Salt Lake City, the warmest places like Florida in the summer, the coldest places like Minnesota in the winter, and the roughest places like Detroit.  I’ve met people from almost every race, creed and religion.  I’ve honestly met some of the nicest people that are completely not like me at all. I had a conversation with a Muslim one week and a Chaldean Christian the next week, both from the middle east. Although both conversations with me were calm and respectful, I realized from talking to each of them why there has always been so much fighting in that region of the world.  There is no compromise in their beliefs and in my opinion, they will never be able to gain a truly peaceful, mutual existence.

In my personal life, I have so many wonderful things to be grateful for, it’s hard to keep up with them.  Maria and I have been married for 20 years and she is finally starting to realize that I am always right.  I have 2 nieces and 2 nephews.  All four have unique personalities that I really enjoy.  They are all really smart.  I’ve watched Andrew grow up playing football and basketball.  Kaitlyn loves to dance, and if I continue teaching her some of my classic dance moves, she will be a truly great dancer!  Brooklyn is 6 years old and she has not stopped talking for 6 years now, using a vocabulary that Daniel Webster would be proud of.  I’ve helped my brother, Travis, coach soccer, basketball and baseball since Colton was 4. Colton is great kid to coach. He does everything we ask him to do and I try to convey to him my confidence and remind him that I’m proud of him just for giving his best effort.  Between the three sports, we just wrapped up our 20th season coaching.  We have had some terrific teams and I have had the good fortune to coach a bunch of great kids. We have won 7 Championships.  Travis is the X’s and 0’s coach, and I’m the motivator.  I can make a kid believe in themselves even when they might not be the most talented.  That’s important to me, because all kids have different skill levels.

As a family, we have also been through some significant challenges.  We have lost a lot of loved ones over the years. Mama found out some years ago that she had esophageal cancer. She went through chemo and radiation at the same time. Then a MAJOR surgery and a month in the hospital. After all of that, she pulled through. She had to endure a lot, but she did not give up. That was not even an option. We rallied around her with encouragement, support and love. Mema Cameron was also diagnosed with lymphoma.  But after an optimistic prognosis, she had her treatments and also fully recovered!  As a family, we were so grateful for the blessing that both of them made it through such serious health challenges.

I still love to play golf.  I still cannot beat Uncle Boyd but other than him, there is really nobody as good as me.  I always feel bad when grown men cry from the ass kicking they have to endure when we play.  Suck it up buttercups.  I like to fish, although I don’t have time to do that much.  A neighbor walked into my yard during the pandemic in 2020 and GAVE me a 28 foot pontoon boat.  They were buying a new one and didn’t want to go through the trouble of selling it.  So, for no reason at all, they gave me their old one!!  I like to read a lot now, grill out, keep my yard looking good, make wine, and put up Christmas decorations.  My family has always loved Christmas and I have made many of the decorations that we have used through the years. I think that Charlie Brown should be made a saint. Although a cartoon character, his life is indicative of mine in a lot of ways.

I plan to enjoy life as much as I can as often as I can.  I want to enjoy spending time with family, friends and loved ones.  You appreciate those around you during the good times, but you are grateful for them during the challenges of life.  I look forward to new opportunities that may come along.  I’ve always tried to make the most of everything I’ve done.  I’m going to continue to grow my faith and pray for others.  You may not be able to do anything for someone going through a hardship, but you can always pray for them and the people around them. 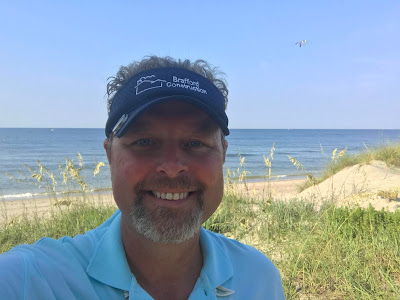 Today should be a normal day, but it’s not for me.  You see, today at 1:30, I was the exact same age as my father when he died, to the minute.  I’ve thought about this day a lot over the years.  How would I feel? Why should I be blessed with a longer life than he had? What would my thoughts be? I’m optimistic.  I’m hopeful. I’m grateful. I know the world is changing and I know there is a lot of stress and acrimony throughout society. But I’m not going to be a person that focuses on the negative aspects of the world. I don’t want to become someone that only says or post things on social media that are negative or hateful in some way. I see that as a miserable existence, and I don’t want my life to be like that. For those people to truly see what is wrong in this world, all they need is a mirror. I’m going to enjoy my life and do everything I can to help my family and friends enjoy theirs. I’m going to congratulate people for achievements and support them during hardships. I’m going to ball games, birthday parties, weddings, and gatherings with friends and family. And I’m going to be grateful….because today is the first day of the rest of my life.