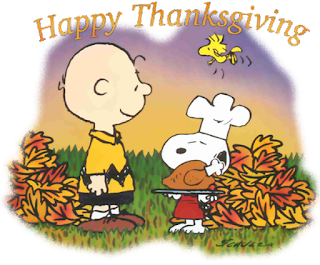 When I was a little boy I thought my father was incapable of crying.  I also thought that Uncle Boyd was born without tear ducts.  But during an economic downturn in the early 80’s, Deddy decided that we were going to move to Louisiana so he could work on an oil rig.  Of course, this was a hard transition considering our family had always lived around each other.  The night before we left, Uncle Boyd and Aunt Gail came to the house one last time to say “goodbye.”  When they were leaving, Deddy and Uncle Boyd started crying like children.  Two people that I thought could easily kill a grizzly bear with only their hands, were so upset that they were actually crying.  It is a memory that has never left me.

In the last several months, we have all watched a political process filled with a lot more acrimony and hostility than unity and inspiration.  It is hard for me to believe the dissention that I have watched between people, in person and on Facebook.  I believe this election has caused friction between friends more than any in other previous years.  Personally, I think its ignorant when someone seems to forget that in a democracy, EVERYONE is entitled to their own opinion, whether you agree with them or not. I think I speak for a lot of Americans when I say that I’m truly glad that it’s over.  But I still believe that the malicious hostility that we have watched over the last year is not really a representation of most Americans.

I have always been proud to be from rural North Carolina.  We still have a great sense of community.  People care about one another, we watch out for each other and we support our friends and family when they are going through hard times.  A few weeks ago, I participated in a charity event for two children battling leukemia and it was quite humbling. You can check out Drew and Lacy's Event by clicking this link. Hundreds of volunteers put in a tremendous amount of time and effort to make the event a success.  They sold thousands of plates, the silent auction was a great success, and the raffle did terrific.   Everyone was committed to helping Drew, Lacy, and their respective families.  At the end of the day, each family spoke about how grateful they were, how much they appreciated the incredible dedication of the volunteers, and how thankful they were for their community.  Lacy’s father, David O’Quinn, and I have been friends since high school.  He started out by saying that he was going to try hard not to get emotional but he certainly was not making any promises.  I was sitting only a few feet away from him when he was talking and when he said that, I stared at the floor the rest of the time he spoke because I was overwhelmed.  The most significant attribute of each family was how grateful they all were.  Both families have been through a lot, but they both have hope, optimism, and faith that Lacy and Drew will get through this and enjoy a life filled with love and support.  As you looked around a room filled with hundreds of people, you saw love, respect, humility, and appreciation for one another.

A year ago, Mama was going through her own battle with cancer.  What a difference a year makes.  She has had some lingering issues with her back,  but we are truly grateful for how far she has come and the fact that she is cancer free.  There are no words to express how grateful you are for family, friends, and prayer during times of great stress.  We were discussing the fundraiser for Drew and Lacy and she told me how she has been praying for both of them.  She said that no child should ever have to endure something like cancer.  I could not agree with her more, but I also regret that anyone has to endure any tremendous illness.

In a world that is changing more rapidly than we can hardly keep up with, sometimes we forget just how blessed we are to live in America and have opportunity and abundance all around us.  We take for granted that we have a warm, comfortable home to live in, running water, electricity, an excessive supply of food, and more than we need of everything.  We have the freedom to make our own choices.  We truly are a blessed nation.

I am grateful that I was raised in an area that has a sense of community even now.  At the charity event for Drew and Lacy, I saw thousands of people participate that day.  But it wasn’t strangers, it was family, friends, neighbors and people that genuinely care about each other.   I will never forget how much I missed home when we lived in Louisiana.  I miss home even when I’m traveling. Dorothy was right, there’s just no place like home.