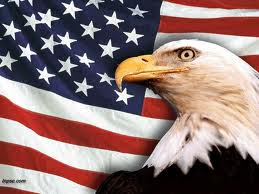 I don’t understand what this world is coming to. It breaks my heart on a daily basis to watch the news. What are we becoming as a society?

I knew several years ago that the economy could not keep up the growth rate we had for many years. At some point, there had to be a slow down. But really, this bad? I have seen a real estate industry turned upside down. If your occupation has anything to do with housing, construction, development, or real estate, it is virtually impossible to even make a living. I cannot tell you how many people I know that used to work in housing industry in some capacity that are now doing something completely different. But many of them can’t even find something different. Sanford, NC used to be a thriving example of small town America. There was lots of industry, lots of plants and lots of jobs. If you want to see how different the world we live in now is, next time you ride through Sanford, take notice of how many large commercial buildings are completely vacant.

As an American, I am tired of walking into gas stations, grocery stores, and even church and seeing so much anguish on so many faces. The stress we face as a nation is overwhelming. We all keep hoping for things to turn around, jobs to come back, and the world that we have known for many years to just get back to normal. We seem to be on a never ending cycle of things getting worse by the day. I recently read that John Hammergren, the CEO of McKesson, the largest distributor of both pharmaceuticals and health care I.T. systems made $131 million dollars last year. Now I’m not saying this gentleman is a bad guy. I also don’t think we should start camping out in tents in front of his house. But it is disturbing to think that $131 million dollars is being paid to one person when it could be paying 4,366 people a yearly salary of $30,000. He makes $372,000+ per day if you wanted to know.

I was discussing the situation of America other day with a good friend of mine and he made a great acknowledgment. He said the only reason that the United States is not in an even more critical financial situation than we are, is that most of the rest of the world is in the same situation or worse.

I tell you one significant policy that I cannot understand that has been supported by both parties for many years now…..FREE TRADE. How in the world can America compete with a country that pays there workers $2 an hour or less? I just don’t see how free trade can ever help America. The price we pay for gas has tripled or quadrupled in the last 10 years. I would like to know how many products we EXPORT have tripled or quadrupled in price. My guess is that it would be very few or none, but nothing would be as significant as the oil America buys. We just signed a new free trade agreement with S. Korea. I just don’t see how America can compete in most situations with free trade.

As an American, I am just tired of seeing an entire society working so hard just to get by. I realize there are circumstances when many people live beyond their means, but I really think most people are not doing that anymore because they can’t. I think the fact that we hear more arguing about the situation and not more effort to come up with a solution frustrates me most of all. I don’t think most of America cares who or what party comes up with a solution that helps, we would just want to see something that works.

As many of you know, Uncle Boyd is probably the wisest man on the planet. He was discussing America’s situation with me a while back and he made another excellent point. He said that it seemed to him that for many years in American history, the candidates would fight it out in debates and elections just like they do now. However, when the voting was over and a winner was declared, everyone made more of an effort to focus on the best ways to move forward. Arguments were had, disagreements made, but in the end, compromises allowed for some sort of plan. In today’s world, it seems that compromising for the sake of America is not as important as “making a point”. I bet that if the salaries of our elected officials were based on approval ratings and performance, more decisions would actually be made that were truly in the best interest of the American people.

I often wonder, what is it going to take? How extreme do things need to get before we start to see improvement? It’s sad to know that Americans need jobs so bad and in the midst of our incredible need, we widen “free trade” even more. Wouldn’t it be great to know that multiple industries were going to put forth a considerable effort in the next 10 years to operate in the United States? There is an Industrial Park near where I live that has been in place for 7 or 8 years and has yet to be able to convince ONE company to build a plant. Our area would benefit tremendously if a company would build a plant and provide 300, 400, or 500 jobs.

Despite my frustrations and despite the fact that I see things happening everyday that really make me despondent, I still believe in America. I still think we are the greatest country in the world. But I also know that history has proven as far back as we have records, that no society has been the world “superpower” forever. If we don’t make more of an effort to reestablish some of the values that made us the leader of the free world, I am more concerned about the future of our country than I ever have been. But for now, my optimism remains resilient for America and I just pray that things will start getting better sooner than later.
Posted by K-Rob at 7:31 PM 1 comment: