Out With the Old and in With the New! 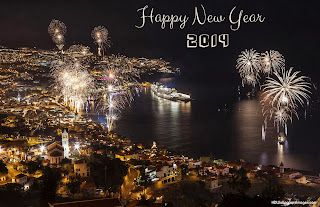 There was a lot to happen in 2013. Once again, much of the news this year was “bad news”. In April, the Boston Marathon was completely disrupted by a bomb that killed three, injured hundreds, and accomplished nothing. Edward Snowden dropped a different bomb on the world by releasing tons of classified information and continues to be a threat to the world. A fertilizer plant in Texas had an explosion that killed 12 people. The weather continues to be more erratic and more devastating. One of the major tragedies of the year was another tornado ripped through Oklahoma killing 19 people. The Affordable Health Care Act had a disastrous debut and continues to have many challenges.

In world news, Syria continued fighting a devastating civil war displacing millions of people. Bashar al-Assad released chemical weapons on his own people before giving them up with pressure from all the super powers. The Philippines was destroyed by Typhoon Hainan killing over 6,000 people and displacing over 3 million.

Some of the things that happened this year were more perplexing than anything. Rob Ford, the mayor of Toronto was caught smoking crack, admitted it, and refused to resign. North Korea’s new leader, Kim Jong Un had his Uncle executed and referred to him as “factionalist filth”. So much for family loyalty. Our own government could not come to an agreement on some key issues, so they just shut down for a while. Unlike most people, I actually like this idea. The next time I have a different opinion than someone I work with, I’m going to suggest we just stop working for a month.

Sometimes it seems that we are so used to tragedies and bad news that we are becoming immune to some degree. The news has an obligation to report what is going on, it’s just sad that so much of it is bad.

The IPhone 5S was another headliner for Apple this year. “Blurred Lines” was one of the most popular songs this past year and the video has been viewed on YouTube almost 29 million times. Miley Cyrus stayed in the news all year one way or another. She had decided to separate herself from Hannah Montana and I would say her introduction of “twerking” to the world achieved her goal! Breaking Bad was one of the most talked about TV shows of the year with millions of people tuned in to watch the last season. The Harlem Shake is a craze that is funny no matter who is doing it.

The greatest reliever in the history of baseball, Mariano Rivera, retired this year. "Mo" had one significant pitch, the “cutter”. He was so good at it that even though batters knew it was coming, they still had extreme difficulty hitting it. The Boston Red Sox won the World Series again. I would say the “Curse of the Bambino” has been lifted. The Louisville Cardinals basketball team won the NCAA National Championship even after one of their star players broke his leg with one the worst injuries ever shown on television. The Baltimore Ravens won the Superbowl even though they were underdogs all the way through the playoffs. Auburn beat Alabama on a last second play that may be the greatest ending to a college football game ever.

A lot of good things happened in 2013 too. I’m not Catholic, but the process of choosing a new Pope is fascinating to me. On March 13th, Jore Mario Bergoglio was elected “Pope” and he chose “Francis” as his papal name. With the world watching, Prince George Alexander Louis of Cambridge was born into British royalty in July. Diana Nyad became the first person to swim from Cuba to Florida. Well, the first person recorded doing it…..Uncle Boyd has done it 8 times, but he didn’t realize it was a big deal. Malala Yousafzai is a little girl who was shot by Taliban militants literally because she wanted to learn how to read. Not only did she survive, she has become one of the most outspoken leaders against terrorism in the world.

For the most part, I’m an optimistic person. Although we see so many bad things happening everyday, and it seems they become more tragic, I still believe there is good in this world. I still believe the United States is the best country in world to live in. Sure, we have issues and problems, but we also still have freedom and opportunity. In the face of tragic events, we pull together and help each other. Adversity seems to bring out the best in all of us to help one another in a crisis.

I saw several postings on Facebook that encouraged people to write down notes of “good things” they do or see throughout the year and put them in a jar. Then at the end of the year, get them all out and read through them to remind yourself of the good things in this world. I think it’s a great idea. However, I would encourage you to take it a step further. When you see someone going through a difficult situation, I would remind you that some words of encouragement can mean the world to a person. Give them a call or if you are not comfortable with that, sit down and write out what you want to say and send that person a card. Make a special effort to donate to something you may not have before. The list of organizations, churches, charities, and goodwill groups that you could donate to is endless. I’m going to tell you something that I hope you will write down and remember this year; “reluctance is not good for anyone”. I realize that when you help someone with a sincere heart, you truly want to make that person feel good. However, I can’t think of a situation where I have done something good that didn’t make me feel good also. Good will is most effective when a lot of people work together. To donate $5 to a group may not seem like a great contribution until you contemplate a million other people doing the same thing.

I hope all of you find success, happiness, and peace in 2014. I hope you make some goals for yourself and are able to achieve those goals. Just because there is so much bad going on in the world, doesn’t mean that we can’t make every effort to do as much good as we can.
Posted by K-Rob at 5:24 PM No comments: