I Miss the Paths 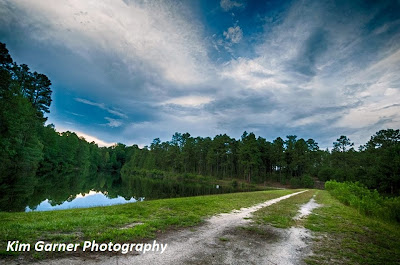 Where we live has always been wonderful to me. Things and circumstances have certainly changed in our area, but the sense of community is still strong. In a world that often seems dominated by disagreement and acrimony, it’s good to know that in times of need, there will be plenty of support to help us through. One of the most recognizable aspects of rural North Carolina are the paths that connect all of us. As much as anything, I miss how life was growing up. I especially miss the paths.

People used to visit one another so often that there would be a path between their homes. For years there was a path at almost every home I visited. There was a path between our house and Mema and Papa Brafford’s for probably 30 years. There was a path in front of Mema Cameron’s house for years that lead to the “Beauty Shop” and the “store”. There was an old dirt road that led from Mema Cameron’s to Grandma and Papa Ferrell’s house. Boyd Brafford Dr. is really just a path connecting the family to Barbecue Church Road. You always knew that at the end of a path, you would be welcomed with open arms and made to feel at home. I am sure that many of you reading this had paths between the homes of your family and friends. It was certainly a different world than it is now.

I don’t think anyone ever locked their door when I was growing up. There was no need. When I went to my grandparent’s home, we never knocked. You just walked in and said “hello”. My Great Papa Ferrell had paths all over his farm. He had paths we would walk from time to time that the cows had made in his pasture. We thought it was just awesome to walk those paths with him.

Our lives carry us down paths everyday. We often choose our paths, but sometimes life forces us in a direction whether we like it or not. I think growing up, a lot of the paths I went down were already established for me. When anyone has a good support system around them, it certainly gives you a better chance to make it through life. However, I think we have all seen people that have had wonderful opportunities in life but choose the wrong path time after time. But at the same time, we’ve all seen people choose the wrong paths for extended periods of time, then turn their life around. Although it seems to happen less often, people can change and choose the right path.

In the last number of years, I think many of us have had to choose a different path. The economic hardships that we have faced forced many people to find a new path. Many people in our community have had tremendous challenges with illness and health issues. Adversity in life can certainly be difficult but one can also learn a lot while trying to make things work out. I think we have also forgotten that the people of this country, especially the elderly, have been through many periods of difficulty in the last 100 years. The Great Depression was impossibly difficult and destroyed many lives. Both World Wars required a lot of effort from everyone. American women went to work in factories building weapons, artillery, and all sorts of things that they had never been done before. Items such as sugar, coffee, and flour had to be “rationed”. We get angry when we can’t water our yards at certain times, I can’t imagine if our country had to “ration” certain foods that we eat.

Tragedy in a family’s life certainly can change the paths that we follow. I know we all lose people in life and it is difficult to overcome. But there are certain people that pass away that affect the paths of a lot more people than others. My father was certainly one of those people. I think we learn to accept it when someone passes away earlier in life than we would like, but we don’t always overcome it. Many families have certain loved ones that everyone seems to depend on for advice, decisions, input etc.

This time of the year begins a significant time when people choose paths, especially young people. School starts back in the next few weeks and everybody will renew friendships, start new ones, and in some cases, move on from old ones. Teachers go back to work and most of them do the best they can to guide their students down paths that will benefit them throughout life. I had so many teachers that I am grateful to that were willing to help me anytime I asked for it. Oh yeah, there were a number of them that were willing to help me even when I didn’t ask, if you know what I mean! I am a grown man, and there are several former teachers that taught me in school that to this day, I would never want to disappoint. There are so many paths for young people that are bad that is almost unreal. But I feel that we all have a duty and responsibility to lead by example. I encourage all of you to be supportive of your children, nephews, nieces, cousins, and any other family members you have in school. Let them make their own decisions but guide them down the paths that will give them the best chance in life. I have always tried to set an example. However, some would argue that it is a “bad” example 50% of the time, but who’s keeping score? Don’t forget that the young men and women growing up now are our future. A young person doesn’t need all of the adults in their lives to be their buddy, but it’s our responsibility to guide them and be parents, uncles, aunts, and mentors.

Although they don't realize it right now, the youth of America do not need a new car, a new watch, a new necklace or any other material item. What they really need is someone to guide them in the right direction so they will have a better chance at life. That chance can put them on a path to being happy. Proverbs 22:6 says "Direct your children onto the right path, and when they are older, they will not leave it."

As the world continues to change, I miss many aspects of the years past. However, as much as anything else, I really miss the paths.
Posted by K-Rob at 12:37 PM No comments: