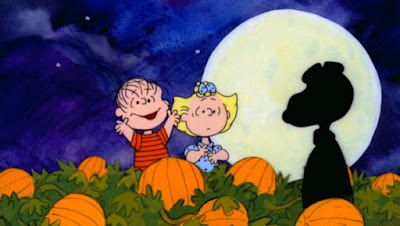 In honor of Halloween, I thought it would be interesting to share a few ghost stories that pertain to my own family.

When Mama was pregnant with me, my Great Grandpa Cameron was extremely excited.  He was certain I would be a boy and he could not wait.  Unfortunately, he had a massive heart attack and died in October before I was born in December.  One night, not long after I was born, Mama woke up and went to check on me and make sure I was OK.  When she walked into my room, she saw her Grandfather Cameron standing there with a woman just looking at me.  She said she was not scared at all and she did not interrupt.  The next day she was telling the story and of course it was met with lots of laughter and jokes!  A few days later, she was talking to Mema Brafford about her Grandfather and the lady she did not recognize.  Mema began to ask her questions about the lady.  She asked Mama, “Well, do you remember what she had on?”   Mama replied, “Yes” and described in detail what she had on.  Mema Brafford immediately recognized the outfit.  It was what my Great Grandma Brafford was wearing when she was buried!!  This was years before Mama and Deddy ever started dating and she did not attend the funeral.  Ironically, my Great Grandpa Cameron and my Great Grandma Brafford had actually been very good friends before they both passed away.

Another story pertains to Mema Brafford.  She had 8 brothers and sisters.  She is the only one left and the last brother that passed away, died 17 years ago!  Years ago, her brother Herman had cancer and was really having a difficult time the last few weeks of his life.  Mema went to stay with him most nights.  One night she woke up during the night and saw her father and one of her sisters walk down the hall into Herman’s room.  She said the room lit up like the sun was in the room.  Just a few minutes later, she saw her mother and another sister walking down the hall and also went into the room.  She was mortified and was not sure what to do so she just stayed on the couch and didn’t move!!  A while later, the light went out and she didn’t know what in the world to think.  The next day she did not say and word to Herman but he mentioned it to her.  “Mama, Deddy, Prudie, and Sadie came to see me last night, and they said they’ll be back to get me soon.”  Mema really didn’t want to talk about it and gave Herman a vague response.  However, he explained to her, “they told me that they will come in the form of a white dove, and they’ll guide me home.”   Well, Mema didn’t know what to think so the only two people she told was Mama and Deddy and they kept it to themselves.  Just a few days later, Herman passed away.  His funeral was held at Bridges and Cameron in Sanford.   The family left the funeral home and drove to Gulf where he was buried.  After the funeral, the family gathered at Mema and Papa Brafford’s house and were just sitting around talking.  One of the family members chimed in and said....   “The strangest thing happened today when we left the funeral home, as we pulled out onto the road, a WHITE DOVE got between our car and the hearse and flew back and forth all the way to Gulf. When we got to the grave yard, it just flew off.”   Obviously, Mema’s story was not near as crazy as she thought it was.

When Deddy was sick, several odd things happened.  He was walking around the day before he died and that itself was certainly something to be grateful for.  However, he was feeble and a lot of times when he would get up, one of us would grab him by the arm and help him up.  One day I was in the bedroom with him and we were just watching TV.  He decided he wanted to get up and I grabbed his right arm.  Without even batting an eye, he reached out with his left arm and said, “Harold, help me up” and he kind of grinned like Harold needed to get with the program.  You remember the Mema Brafford’s brother I mentioned that died 17 years ago?  He died 3 months before Deddy did.  His name was Harold.

The last several weeks Deddy was living he had good days and he had bad days.  One day was particularly bad and he wasn’t even talking a whole lot.  There were a number of us sitting in the room with him and I was leaning against the wall.  I thought he motioned for me to sit down on the end of the bed, so I did.  He immediately said in a really raspy voice, “No, not you!” and he gave me a look like “could you be a little bit more considerate?”  Travis spoke up and said,  “ROBBIE, he wasn’t talking to you!!”  I immediately sprang up from the bed like I was on a trampoline!  Have I mentioned that I am scared of ghosts, whether I can see them or not?!  Well, I AM!!!   After I stood up, he motioned for whoever he could see to sit down and he was content.

Happy Halloween everybody!!!!  I hope all the kids get lots of candy and have a great time! Be careful and stay safe!
Posted by K-Rob at 6:37 PM No comments: