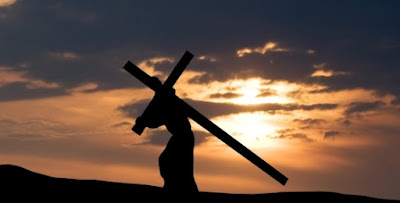 We all have our own crosses to bear. However, I am convinced that no matter how heavy your cross is, someone else has a cross even heavier. On this Easter Sunday, keep in mind that no matter how heavy your cross may feel, it will never be as heavy as the cross Jesus carried. What should be humbling to all of us is that Jesus did not carry a cross for himself, but he carried it so that OUR sins could be forgiven and we could have salvation. For that, we should all be truly grateful.
Posted by K-Rob at 3:54 PM

Dear Robbie,
Thank you for this awesome blog. You shared a message the world needs to hear and believe. You are so blessed to have the faith and assurance that God is in control. Continue to trust Him and He will never forsake you. My prayers are with your Mom and the entire family!
Love you,
Norma