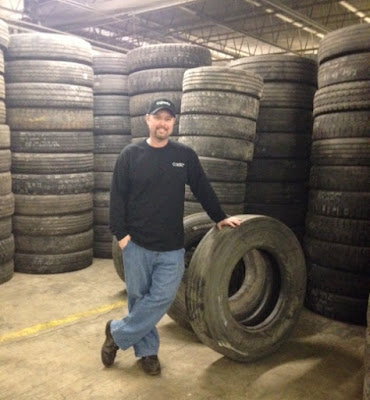 As I reflect on the work I have done during my career, I can honestly say that I really enjoyed building custom homes and selling real estate.  The process was meticulous, stressful, and required a lot of attention to detail.  As a General Contractor, it’s imperative to be able to communicate effectively with different types of people.  You talk to people with a specific skill or trade like painters, brick masons, and electricians.  In addition, you also communicate with many others who are critical in the building process like appraisers, surveyors, attorneys, and bankers.  An essential step while building homes is addressing the needs of the buyer during the process.  At the end of the project, however, your reward is seeing what you have accomplished, handing the keys to the new homeowner, and learning something during the process that will make the next home even better.

I was a 2nd generation builder and I recognized issues with the economy in 2004.  In 2008, all of us in the construction industry were living a nightmare.   There are countless stories of what people did to get through the economic meltdown.   Some guys were old enough to retire, many took other jobs, some just did the best they could, and a lot filed bankruptcy.  Fortunately for me, I found another job with a company named Liberty Tire Recycling.

For the first few years I worked with Liberty, I implemented a software to help improve scheduling and maintenance on virtually every piece of machinery, equipment and rolling stock.  I had very little training in the beginning but was able to figure out the system and utilize it for each facility.  The biggest challenge we had for software was identifying someone at each site that could learn the system and continue with their other responsibilities.  Since it was new, not many people were anxious to learn a new software that would take up some of their time during the work day.  But for those of us that were committed to the project, we made the most of it and got it headed in the right direction.

During my effort with Manager Plus, I met a gentleman named Tom Dupont who also worked with Liberty.  Tom realized that nobody really dictated my schedule or how I went about my job.  However, he noted that I was one of the first people to the site wherever I was working, and I would stay as late as needed.  He talked to me one day and told me that if I ever decided to consider another job within Liberty, he thought sales would be perfect for me.  His logic was that if I put as much time and effort into sales as I did Manager Plus, I would do a great job.
After working on Manager Plus for over a year, I realized that it was going to be very difficult to implement the system throughout the company.  We simply did not have commitment from every site to make it work.  Our biggest achievement with Manager Plus was to install schedules throughout the company to improve our efforts for safety.  We were able to get every site up and going within 45 days.  This created a more systematic process of complying to safety standards and keeping our facilities safe.  As I was working on the safety aspect of the system, I started contemplating the possibility of moving into sales.  I contacted Tom Dupont and we discussed the idea.   He initially questioned why I would make that move simply because I was the only employee with Liberty that comprehended the functionality of Manager Plus as well as I did.  I explained to him, that I was more accustomed to sales and I was looking for a new challenge.  After meeting with Thomas Womble, it was agreed that I would need to transition out of Manager Plus because people would still need help while they searched for someone to replace me.

I made the transition into sales in October 2012 and was given a nominal salary for 3 months.  After that, I was 100% commission.  So essentially, whether I was financially successful or not was completely up to me.  I was given a goal for the first year to achieve $800,000 in sales.  If I could get to $1,000,000 the first year, that would be above and beyond what was expected.  The beginning was slow for sure, and the fact that I started in November was also challenging because traditionally, tire sales slow down during the holidays.  I was dedicated, I lived on the road, and I was committed to a consistent, focused plan.  I devised my own method of sales that I called “Spider Web Marketing” and by the third month, it was already working.  My first year, I produced $4,200,000 in sales. That’s a lot of tires especially when you consider it was earned $6 at a time.

My second year rolled around and we discussed establishing goals again.  I was told that my first year was probably an anomaly and it would be difficult, if not impossible to reach this mark again.  In the same conversation, I was told if I could do $2 million the company would be satisfied.  I produced $4.4 million my second year, $4.5 million my 3rd, and $4.8 million my 4th year.   A few months ago, I surpassed $22 million in sales production.

When working in sales, there are a lot of flights, a lot of hotel rooms, and a lot of rental cars.  I have met a lot of friendly people @SouthwestAir.  I have always gotten the best customer service from them and they have made every effort to get me where I’m going during challenging travel days. I also appreciate the fact that their staff is always friendly and attentive to their passengers. I have stayed @Marriott hotels a LOT!  They actually play a trumpet when I walk into one of their hotels, put a robe around me and hand me a scepter.   But one of the sacrifices of this business is that I have spent a lot of time away from home during the last 8 years.  A lot of people think that the life of a traveling salesperson is glamorous and fun all of the time.  However, the reality is that you spend most of your time alone when you are not meeting with potential customers.   In this business, it’s necessary to meet most customers face to face.  Meeting them in person helps to build trust and foster a positive working relationship.   As I have traveled, I have met a lot of interesting people.  I have met some really smart entrepreneurs that have been incredibly successful.   I have seen numerous business models, some successful, and some not so much.  I have seen what works, and I have seen what does not.  I often talk to people and I can tell from their lack of enthusiasm and dedication, that they will probably not be in business for very long.  Then I’ve also talked to guys that are constantly considering ways to evolve and continue a prosperous business.  Honestly, the used tire industry is no different than any other industry in that, the best and the brightest will survive and be profitable in the years to come.

I have been grateful for this job and I have made every effort to make the most of it.  I’ve missed a lot of personal time with my family and friends by being away from home so much.  I’ve had to miss school programs, ball games, and time with my nieces and nephews. That has definitely been my biggest regret.  But as is the case with anything, the difference between being exceptional at your job or not, is whether you have commitment, effort, and respect.  I have all three of these attributes and it reflects in the sales I have produced for the company. Most importantly, I respect the fact that customers have options and I’m professional regardless of the choices they make.

I can say with no reservation that this job has been quite a learning experience.  I believe that with my experience selling used tires, I can sell just about anything.  My philosophy is the same now as it has always been…when it comes to people….everyone has a purpose and deserves respect.  It does not cost anyone one nickel to be respectful and that is the center of my beliefs and why I have earned the respect of many people I have worked with over the years. Now is no different from when I was a builder and selling real estate…..I am always honest with customers even when I tell them something they are not going to like.  In this industry, not everyone believes in my personal philosophy of integrity or honesty.  My ability to adapt to just about any personality has been a real asset in the used tire industry. It requires constant effort, negotiation, addressing the ever-evolving issue of popular tire sizes, coordinating freight, and keeping accounts in order. No matter what it has taken, I have made every effort to meet the needs of my customers over the years and my sales are living proof — $22 million for the company……. $6 at a time. 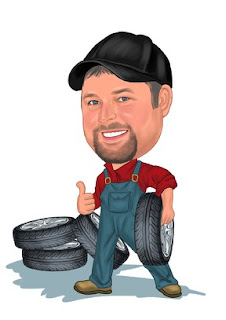